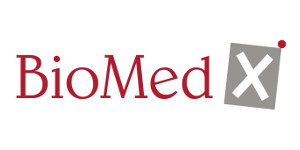 During the four-year project term at BioMed X, the research team led by Dr. Renata Jurkowska systematically explored epigenetic regulators in different cell types of the human lung as a potential new target class for the treatment of chronic and disabling lung diseases such as COPD and IPF. By comparing epigenetic and transcriptomic profiles from patients in different disease stages with healthy ex-smokers on the level of individual cell types, the team successfully identified a set of new potentially disease-modifying drug targets in lung fibroblasts and alveolar type II (ATII) cells. Moving forward Boehringer Ingelheim will further validate the new target candidates.

“We are very excited about this first joint success with Boehringer Ingelheim,” says Dr. Christian Tidona, founder and Managing Director of BioMed X. “This clearly shows how a BioMed X project can be an efficient entry point for big pharma into new areas of research such as epigenetics.”

The project was launched in 2015 as a global call for research proposals using BioMed X’s proprietary crowdsourcing platform. Since then, Boehringer Ingelheim has started three more research projects at BioMed X, two in psychiatric diseases and one in immunology.

About BioMed X Innovation Center
The BioMed X Innovation Center is an exciting new collaboration model at the interface between academia and industry. At the center, distinguished early-career scientists recruited from all over the world work jointly on novel pre-clinical research projects in the fields of biomedicine, molecular biology, cell biology and diagnostics. These interdisciplinary project teams conduct outstanding biomedical research in an open-innovation lab facility on the campus of the University of Heidelberg, under the guidance of experienced mentors from academia and industry, while expanding their scientific network and receiving training in entrepreneurship and leadership. Each team is typically sponsored by a corporate pharmaceutical partner of BioMed X. After a fully funded project term, successful projects are internalized into the development pipeline of the respective pharma partner. BioMed X collaborates with pharma companies such as AbbVie, Boehringer Ingelheim, Janssen, Merck and Roche.