ZukunftsBAR of the Heidelberg Technology Park 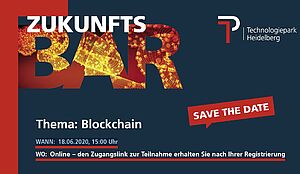 "Blockchain" is currently a hotly debated topic, not only in the financial world. What is a blockchain and what are its applications? On June 18, three guest speakers explored these questions at the fifth ZukunftsBAR of the Heidelberg Technology Park.

The ZukunftsBar is a series of events ment to build a bridge between researchers and entrepreneurs. It gives participants the opportunity to discuss a specific topic with experts from science and industry. This time the topic was "blockchain technology". Dr. André Domin, CEO of the Heidelberg Technology Park, welcomed all participants and gave an introduction. "Blockchain is a decentralized system of information processing that enables transactions between parties," explained Domin. "Similar to a Whatsapp chat group, the blockchain links information cryptographically in a network."

Prof. Dr. Philipp Sandner, head of the Frankfurt School Blockchain Center, spoke about the potential of the blockchain in the financial world. Blockchain is a "register technology" that is on the verge of a breakthrough. "We are still at the very beginning of this revolutionary development," he said. He presented Bitcoin as a large network of a total of 9000 computing nodes that synchronize with each other. In addition to Bitcoin, other digital currencies are about to conquer the market, such as the Facebook crypto currency Libra. A digital Euro is also being hotly discussed and is to be introduced as soon as possible.

The founder and CEO of Bitbond, Radoslav Albrecht, presented the so-called "tokenization", i.e. the digitalization of both financial and real assets with the help of the blockchain technology. Albrecht said: "In the financial industry, blockchain is leading to the biggest technological changes since the widespread introduction of computers. The blockchain-based tokenization of assets and securities greatly accelerates and simplifies their transferability".

Ralf Knobloch from slock.it in Mittweida presented further applications. The company wants to create systems with the help of which everyone can be their own actor within a decentralised future - the basis for a so-called "Smart City", for example. Such a technologically intelligently networked city is currently being planned in the desert of Nevada, USA. "We believe that the blockchain technology can, should and will change humanity for the better, and help to solve future problems in a fair way," said Knobloch.

The presentations were followed by a panel discussion with the participants, in which the far-reaching potential, but also the risks of the block chain technology were debated.

Recorded speeches of the ZukunftsBAR: 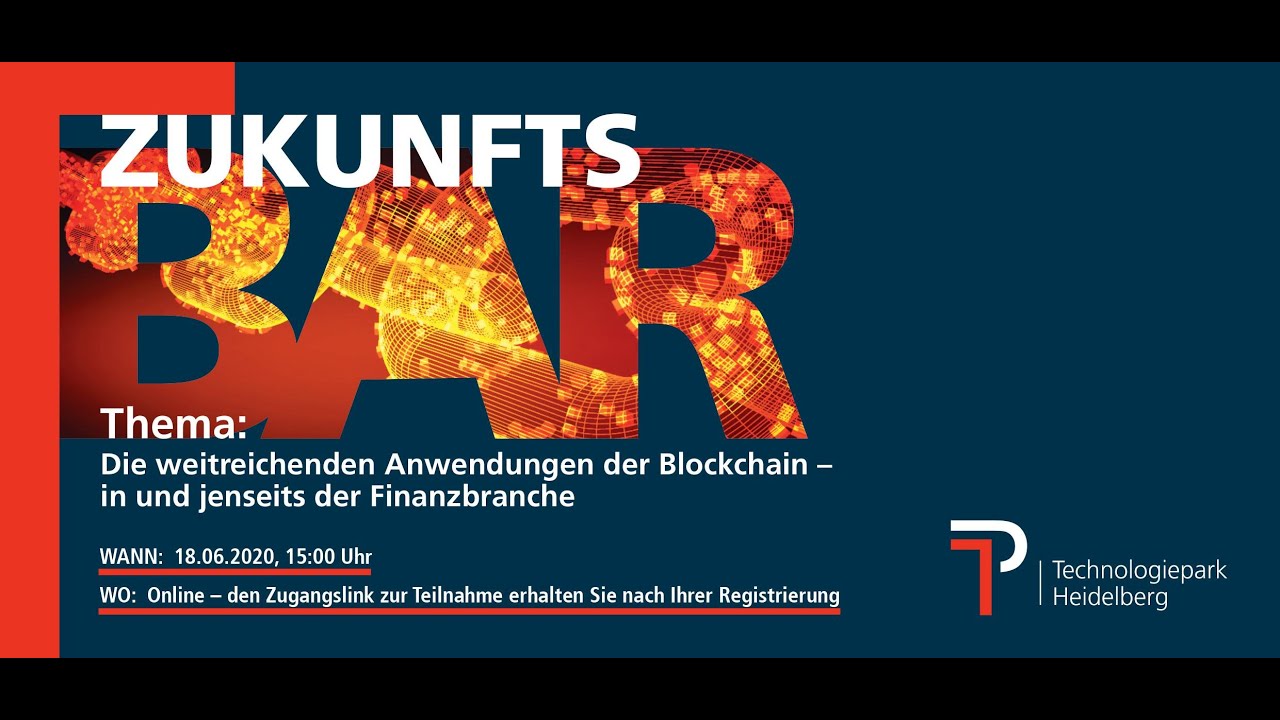